Drupal is one of the leading open-source web content management frameworks. It is written in PHP and distributed under the GNU General Public License. Web developers all over the Internet value it as an excellent choice for complex, content-heavy, and high traffic websites. We use it when making applications, and we regularly write blog posts about it.

It's been 20 years since Drupal's first release, but did you know that it started as a hobby project? Let's take a look at the history of Drupal to understand how it's been developing over the years. 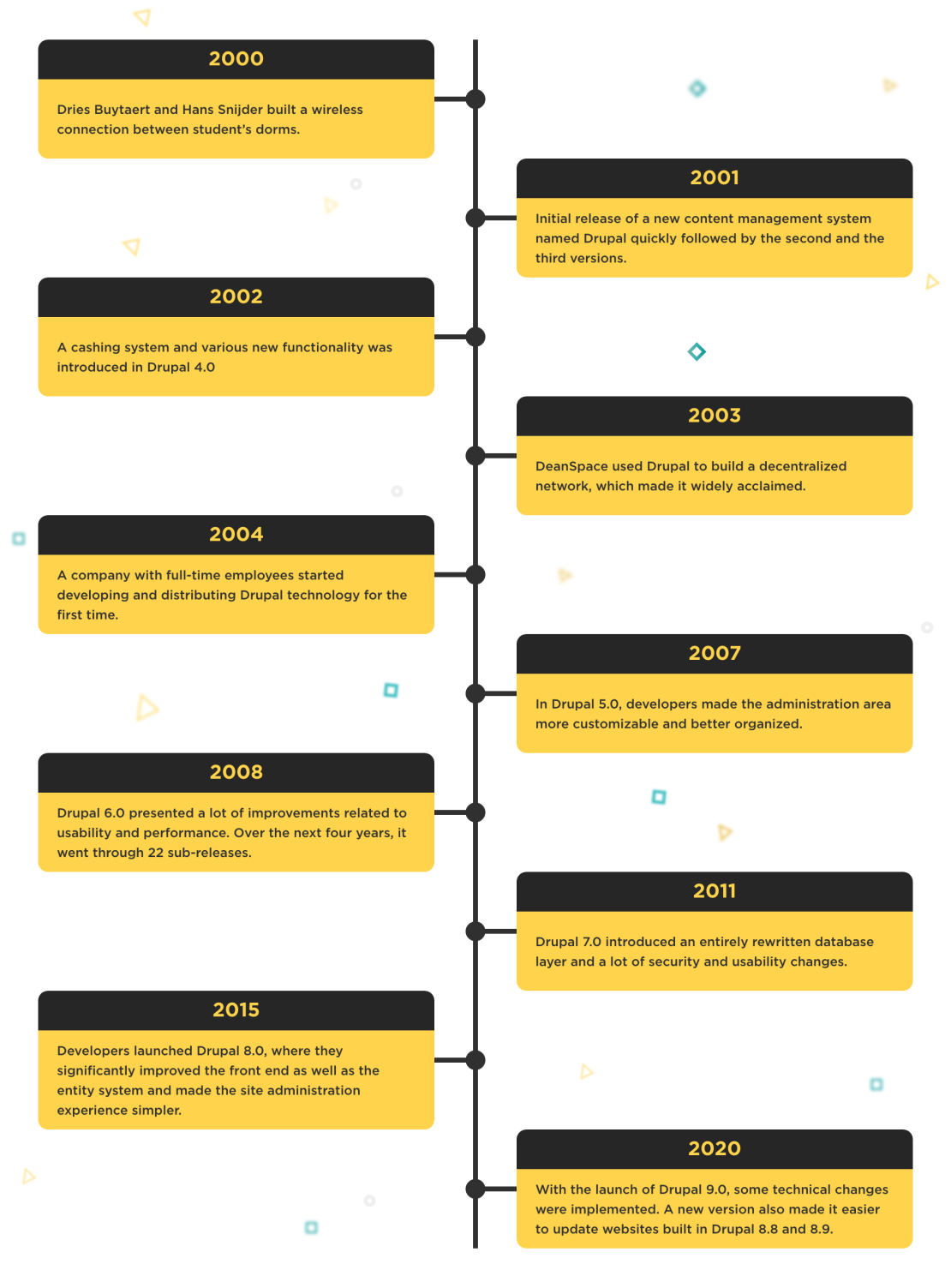 And now let's dive deeper into some more detail.

Back then, two students in Antwerp, Belgium, started a pet project. Dries Buytaert and Hans Snijder needed a reliable internet connection and built a wireless bridge between different students' accommodations followed by a message board. 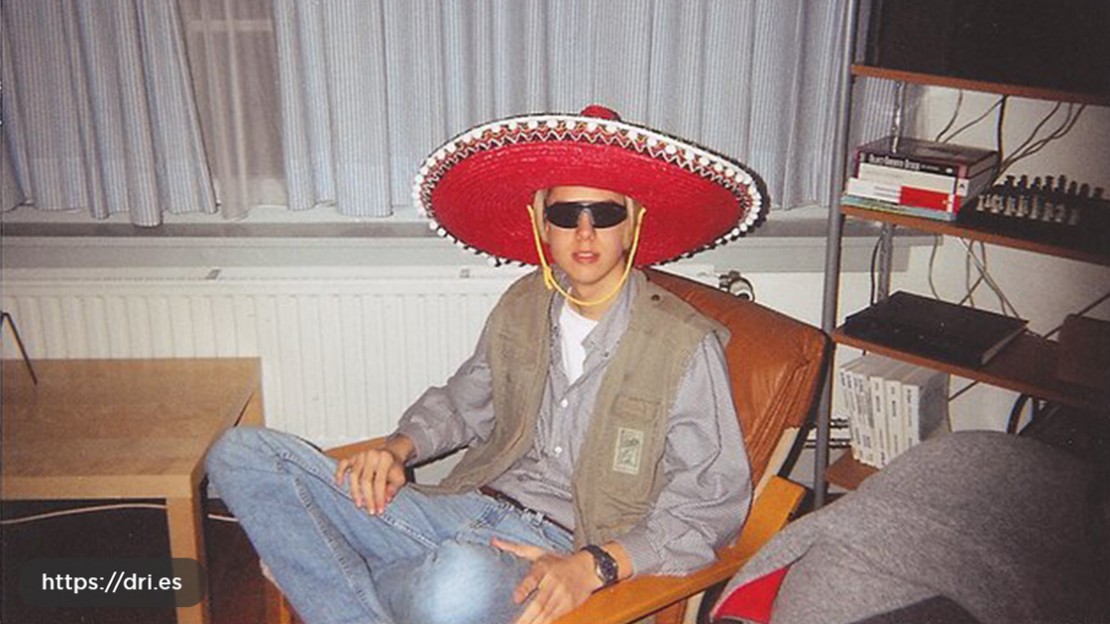 This is Dries in a dorm.

It got the name "Drop" by accident

To highlight its community aspects, Buytaert wanted to call the site "dorp", which means "village" in Dutch. He mistyped the word, and it stuck. The website Drop.org quickly attracted new members. The community started to form. People discussed new ideas and promising technologies, which leads to the gradual evolution of Drop.org into an open-source project Drupal.

The new name represents the Dutch word "druppel", which means "drop", pronounced in an English manner. It was a content management solution with a completely customizable modular design, which attracted web developers.

The development was rapid

There were two releases later the same year, in March and in September. New features were introduced in Drupal 2.0 and 3.0, improving core functionality as per the early adopters' requests.

In 2002 and 2003, versions 4.0 and 4.1 were released, improving functionality, performance, and user-friendliness. Around this time, Drupal became well-known because it took part in developing a decentralized network "DeanSpace" for Howard Dean, one of the candidates in the U.S. Democratic Party's primary campaign for the upcoming presidential election.

After the election in 2004, this project developed into a platform for supporting political activism CivicSpace Labs. It happened to be the first firm with full-time employees that was developing and distributing Drupal technology. No surprise that other companies caught up.

The History of Drupal

Some statistics on Drupal growth:

Druplicon, the cutest logo ever

The project needed a logo, and the first version was created in May 2000 by Jeroen Bensch. It looked like this:

The concept went through several transformations, and by the time of the Drupal 2.0 release, the Druplicon was born. This famous symbol created by Steven Wittens looks like a smiling drop with "infinity" eyes.

Later the Drop.org logo was replaced with the Drupal logo:

It also can be simpler:

The logo didn't change much since then. But the design and font became more modern.

Now the Druplicon can be seen on t-shirts and other Drupal-branded merchandise. Because it's cute, isn't it?

There are solid plans for future developments

Drupal 10 is to be released in July 2022. It will introduce different changes requested by the community, including the most requested one - automatic updates. The plan is to start with making security releases automatic.

Since the initial release, Drupal has gone through a lot of changes. But at the heart of everything is and has always been the idea of being an open-source project made in collaboration with the community.